Pink Boots and a Machete: My Journey from NFL Cheerleader to National Geographic Explorer 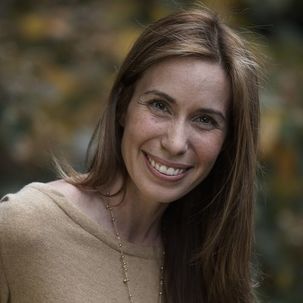 How does a city girl and former NFL cheerleader who'd never been camping and whose family thought becoming a Girl Scout was too dangerous find herself sleeping in a rain forest hammock amid poisonous snakes, being charged by gorillas, chased by elephants, pawed by leopards, scaling rocky cliffs, and diving with great white sharks?

It all started when Mireya Mayor's college anthropology class began studying primates. "It's true that I was a cheerleader who had grown up taking ballet and piano lessons," Mayor says. "But I was seized by the fact that some of these incredible animals on the verge of extinction had never been studied, and that in some cases, not even a mere photograph existed to show their existence. The more questions I asked the more it became clear to me that much about our natural world still remained a mystery."

Mayor has since dedicated her life to solving that mystery, studying rare primates in the wild throughout the world and working closely with local populations. Today, Mayor is a Fulbright scholar and National Science Foundation Fellow, dividing her time between research in Madagascar, appearing as a correspondent on the National Geographic Ultimate Explorer television series, and completing a Ph.D. in anthropology.

Mayor's discovery of a new species of mouse lemur in Madagascar put her own work in the spotlight. Documenting her find in hopes of obtaining full protection for its habitat required arduous fieldwork during the monsoon season. Based on her hard-won documentation, Mayor convinced Madagascar's president and prime minister to declare the new mouse lemur species' habitat a national park. The president has since committed to triple the number of protected areas in the nation and established a $50 million conservation trust fund.
Mireya Mayor is sponsored by National Geographic Learning.
​
Dr. Mireya Mayor will be signing books at the National Geographic Learning/Cengage Booth 59-60 in the Alexander Ballroom Wednesday morning from 9-10 a.m.
Convention attendance is not required to attend the banquet.  To purchase banquet tickets: ​(1) Register as a professional.  (2) Fill out personal information. (3) Register as "Not Attending." (4) Enter the number of banquet tickets. (5) Pay to complete your purchase.