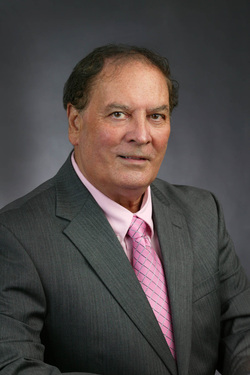 Dr. David A. Sousa is an international consultant in educational neuroscience and author of 16 books that suggest ways that educators and parents can translate current brain research into strategies for improving learning. A member of the Cognitive Neuroscience Society, he has conducted workshops in hundreds of school districts on brain research, instructional skills, and science education at the Pre-K to 12 and university levels. He has made presentations to more than 200,000 educators at national conventions of educational organizations and to regional and local school districts across the U.S., Canada, Europe, Australia, New Zealand, and Asia.

Dr. Sousa has a bachelor’s degree in chemistry from Bridgewater State University in Massachusetts, a Master of Arts in Teaching degree in science from Harvard University, and a doctorate from Rutgers University. His teaching experience covers all levels. He has taught senior high school science, served as a K-12 director of science, a supervisor of instruction, and a district superintendent in New Jersey schools. He was an adjunct professor of education at Seton Hall University for 10 years and a visiting lecturer at Rutgers University.

Prior to his career in New Jersey, Dr. Sousa taught at the American School of Paris (France), and served for five years as a Foreign Service Officer and science advisor at the USA diplomatic missions in Geneva (Switzerland) and Vienna (Austria).

Dr. Sousa has edited science books and published dozens of articles in leading journals on staff development, science education, and educational research. His most popular books for educators include: How the Brain Learns, now in its fourth edition; How the Special Needs Brain Learns, second edition; How the Gifted Brain Learns; How the Brain Learns to Read; How the Brain Influences Behavior; How the ELL Brain Learns; Differentiation and the Brain (with Carol Tomlinson) and How the Brain Learns Mathematics, which was selected by the Independent Publishers’ Association as one of the best professional development books of 2008. The Leadership Brain suggests ways for educators to lead today’s schools more effectively. His books have been published in French, Spanish, Chinese, Arabic, Korean, Russian, and several other languages. His latest book, Brainwork: The Neuroscience of How We Lead Others, is written for business and organizational leaders.

Dr. Sousa is past president of the National Staff Development Council (now called Learning Forward). He has received numerous awards from professional associations, school districts, and educational foundations for his commitment to research, staff development, and science education. He received the Distinguished Alumni Award and an honorary doctorate from Bridgewater (Mass.) State University, and an honorary doctorate in humane letters from Gratz College in Philadelphia.

Dr. Sousa has been interviewed by Matt Lauer on the NBC Today Show, by other television programs, and by National Public Radio about his work with schools using brain research. He makes his home in south Florida.